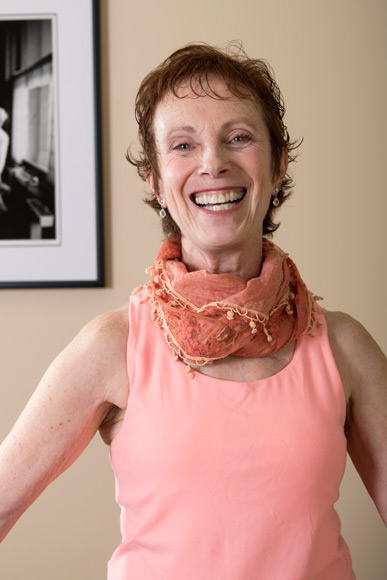 Debora Robinson Kolwey began her movement studies in high school, with yoga, ballet, modern dance and theatre arts. She received her BFA in dance from New York University’s Tisch School of the Arts and upon graduation pursued a career in modern dance, in NYC.

In 1982 Debora moved to Boulder Colorado to dance with The Nancy Spanier Dance Co. While teaching fitness at a local gym, she apprenticed with Stephan Frease to become trained in Pilates, and in 1985 opened a small studio in her home. She spent the next few years teaching privately and traveling to study with first generation teachers. Pivotal to her development was an apprenticeship with Eve Gentry. After Eve’s death, Michele Larsson and Debora created the first Core Dynamics workshops to carry on Eve’s legacy.

In 1991 Debora joined the teaching staff at The Pilates Center in Boulder, and in 1999 became a Licensed Teacher Trainer for The Pilates Center. Debora is devoted to teaching. She is inspired by this opportunity to explore, with all types of people, that which supports us in becoming more fully human and finding deeper satisfaction in this life. She is influenced from many sources, including a wide variety of movement and alternative healing systems, spiritual philosophies, and her long-time practice of contemplative meditation.

Debora is trained by Eve Gentry, the original Pilates Institute, The Pilates Center (1992), NCPT, and has most recently completed Eric Franklin’s Level I Educator training.