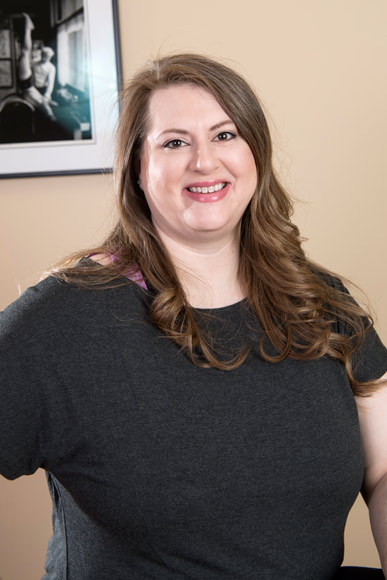 Aubrey has been teaching Pilates since 2011 and graduated from The Pilates Center Advanced training program in 2016. She is a Nationally Certified Pilates Teacher and a Host Advisor at The Pilates Center. Aubrey loves how Pilates has a positive impact on the quality of life of her clients and firmly believes in the power of movement to heal the body.

Aubrey began her love of movement at the early age of 5 when she began ballet classes. After dancing for many years, she began attending Pilates classes and fell in love with the method. Although she was working in an office setting at the time, Aubrey was very intrigued with the effect that Pilates was having on her body and general health.  In 2011 she had the opportunity to start teacher training and received a Certificate of Completion, Level I-III from Peak Pilates. Wanting to continue her education she found that The Pilates Center was a place where she could cultivate her knowledge of the Pilates method and advance her practice. Shortly after being hired to work at the front desk in 2012 she began The Pilates Center Intermediate Teacher Training program. Aubrey completed the Advanced Teacher Training program in 2016 and soon after that became a Host Advisor. She is currently enrolled in the Master’s Program at TPC with a projected finish of date of 2019.